Explore esotericism, magic, and the occult with Reverend Erik on the Arnemancy Podcast. All of your favorite occultists, astrologers, magicians, and historians of esotericism sit down for casual and informative chats about the bizarre, unusual, and meaningful.

Support the Arnemancy Podcast on Patreon! 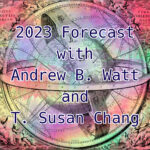 Welcome to part two of the 2023 Forecast featuring T. Susan Chang and Andrew B. Watt. Did you miss part one? You can find it here! Remember to check out our 2023 special deals! In this episode, we will look at charts and cards for July through December of 2023. Andrew will be handling the… Read more »

Welcome to part one of the 2023 Forecast featuring Andrew B. Watt and T. Susan Chang. As in previous years, we will look at charts and cards for each month of the coming year. Andrew will be handling the astrology, Susie the Tarot, and I will be moderating to make sure things stay on track…. Read more » 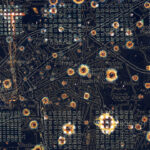 Chaos magic! What is it? Well, in this episode, I am joined by Luxa Strata. Luxa is an artist and magician and is host of the Lux Occult Podcast as well as the organizer for The Green Mushroom Project, an ongoing large-scale group magical working. We not only discuss chaos magic, but Luxa’s musical endeavors,… Read more » 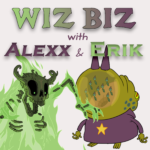 Earlier this year, I started working on a new podcast project with Alexx Bollen. You will remember Alexx from his many appearances on this podcast and even back on My Alchemical Bromance. Our new podcast is called Wiz Biz with Alexx and Erik, and in each episode we look at a couple episodes of the… Read more » 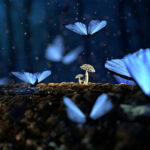 Among the many different paths for reading and interpretive Tarot, you’ll frequently hear mention of intuitive interpretation. While this might sound as if the reader ignores established symbolism and meaning for the cards, this is not really the case. In this episode, I am joined by SaturnVox’s McCalla Ann to discuss her approach to intuitive… Read more » 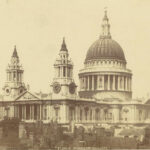 It has been over 400 years since the first Rosicrucian pamphlets were published, on the eve of the Thirty Years’ War. Now, in the 21st century, Rosicrucianism continues to thrive and remain relevant. Frater Robert Gordon joins me in the first episode of season five to discuss his new book, 21st Century Rosicrucianism. Frater Robert… Read more » 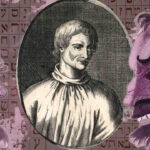 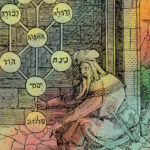 Finally, after a short hiatus, here is part eight of our exploration of Heinrich Cornelius Agrippa’s Three Books of Occult Philosophy. The previous episodes of this podcast dealt primarily with material from books 1 and 2, but now it’s time to dive into book 3, The Divine World. Joining me for this discussion is Dr…. Read more » 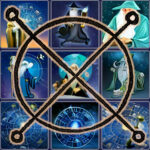 It’s finally time for part seven of our exploration of Heinrich Cornelius Agrippa’s Three Books of Occult Philosophy. In previous episodes, we have examined both the structure of Occult Philosophy and the worldview it attempts to explain. We are finally ready to take a closer look at one of the topics that this massive work… Read more » 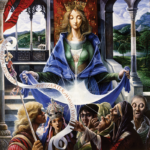 Arnemancy
Friends of the Spirit with Michael Sanborn

Greetings, listeners! For the past few months, we have been enjoying a deep exploration of Heinrich Cornelius Agrippa’s Three Books of Occult Philosophy, and now it’s time for us to make a brief detour. This bonus episode is an interview with my friend Michael Sanborn, who is releasing a translation of a new book, Letters… Read more »