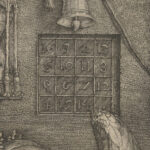 Let me congratulate you on having both the courage and curiosity to listen to this episode! This is part five of our deep dive into Heinrich Cornelius Agrippa’s Three Books of Occult Philosophy. If you feel lost and would like to catch up with earlier episodes in the series, you can find them on the… Read more » 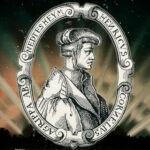 Three Books of Occult Philosophy
Divine Light and the Senses

Finally, here is part four of our deep dive into Heinrich Cornelius Agrippa’s Three Books of Occult Philosophy! If you feel lost and would like to catch up with the first two episodes, you can find them on the page for this series. In this episode, we will be taking a look at some pretty… Read more »

Exploring West Marin County, California, one might observe the imprint of a particular artist without ever knowing the name “Ernesto Sanchez.” The seaside village of Bolinas is home to his outdoor piece “Emergence of Spirit” (sometimes called “The Lady of Bolinas” shrine), a nonspecific goddess not representative of any particular belief system, yet still fondly… Read more »

The work of a magician is imaginal, taking place in a realm of phantasy and imagination. The Astral Temple is one of the core works of the magician. It is akin to a spiritual home base, a palace of memory, and an ever-present ritual space enabling the practitioner to perform ritual without physical tools and… Read more »

I was really honored to be a guest on Andrew B. Watt’s new Wanderings in the Labrynth podcast! We talked about the Art of Memory, imagination, astrology, and how all of it fits together. Here’s what Andrew wrote and you can visit the original episode here. Our wide-ranging conversation covers both “memory of image” and… Read more »