Hermetism is Rooted in Antiquity 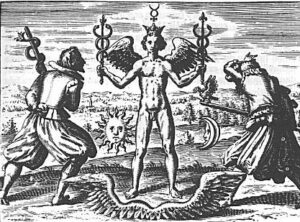 Hermetism is used by modern writers to refer to the philosophical schools of late antiquity, meaning the era that produced the Corpus Hermeticum, the Nag Hammadi texts, and other related works. It can also refer to to commentary and work dealing with the philosophical Hermetica, perhaps reaching even into modern times. Note that “late antiquity” is a vague period, but sometimes it can cover a time period as late as the 8th century CE.1 That means that even the Emerald Tablet can be considered part of Hermetism.


Hermetism and works associated with it will be directly tied to the Hermetic philosophers and students of late antiquity.

Hermeticism Began in the Renaissance

Hermeticism refers to “the entire syncretic mixture that emerged in the wake of Ficino’s translation of the Corpus Hermeticum, and that included many currents and ideas that are not actually derived from Hermetic sources.”2 This is a much broader term, and could include everything from Renaissance and modern alchemy to Rosicrucianism. 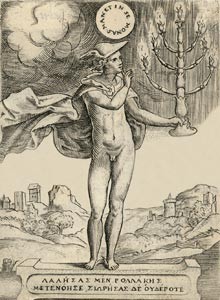 That kind of syncretism becomes very obvious when you look at perhaps the most famous modern example: the Hermetic Order of the Golden Dawn. The rituals of the Golden Dawn include symbolism from ancient Egypt and Greece, Kabbalah,3 Rosicrucianism, and more. As Mr. Hand put it on his blog, “I’m still waiting for a satisfactory explanation of exactly what, for example, the Golden Dawn authors meant by ‘Hermetic.'”

This blog, though we write a lot about Hermetism, isn’t going to entirely avoid the characteristic syncretism of Hermeticism. For instance, we write quite a bit about Tarot and the Art of Memory. Neither of these are part of the original Hermetic philosophy. We don’t want to label ourselves as Hermetists while presenting you with Hermeticism.

Hopefully this post will clear up any confusion you may have about the difference between Hermetism and Hermeticism.

[…] is monotheism addressed in ancient Hermetism? The Corpus Hermeticum and other Hermetica talk about God all the time, so let’s take a look […]

[…] The Rod of Asclepius is often confused with the caduceus of Hermes, which is a winged staff with two snakes twined about it. Neither the caduceus nor the Rod seem to be very important in Hermetic philosophy, though they are pretty common symbols in Renaissance Hermeticism. […]

[…] interest, there is a whole new world of wonder to be found in the philosophies and teachings of ancient Hermeticism. Let’s look at some books to get you […]