Back in March, I had a conversation with Jeremy Crow in episode 28 of My Alchemical Bromance. We discussed the Left Hand Path (LHP), about which I had only a surface understanding before we really dug into it. While there are multiple ways to differentiate between the two paths, we focused on one in particular that divides magical and mystical practices into two rough categories: those that seek to dissolve the self into a greater oneness are on the Right Hand Path, while those who seek to glorify the self and enable it to continue after death are on the Left Hand Path.


I am not expert in the difference between RHP and LHP techniques and philosophies; this was all new to me. While doing follow-up research after interviewing Jeremy, I discovered that the topic far broader than we were able to explore in a podcast episode. We discussed the incorruptible bodies of saints, death-like meditation techniques, and more esoteric subjects like the creation and strengthening of the subtle body. The subtle body is also known as the Body of Light in some traditions, and the Diamond Body in others, such as Taoism.

Confronting and dealing with our own death is one of the most important elements of esoteric schools and mystery traditions across the globe. Some try to teach the initiate how to treat death with calm dignity, accepting and understanding our place in the natural cycle of things. My favorite representation of this approach is from “Thanatopsis” by the 19th c. American poet, William Cullen Bryant.

So live, that when thy summons comes to join
The innumerable caravan, which moves
To that mysterious realm, where each shall take
His chamber in the silent halls of death,
Thou go not, like the quarry-slave at night,
Scourged to his dungeon, but, sustained and soothed
By an unfaltering trust, approach thy grave
Like one who wraps the drapery of his couch
About him, and lies down to pleasant dreams.

However, other initiatory and mystery systems teach that death can be overcome. Perhaps the best-known example of this in a Western exoteric teaching is the promise of a future bodily resurrection is in the Apostle’s Creed used by many denominations of Christianity, which states:

I believe in the Holy Spirit,
the holy catholic Church,
the communion of saints,
the forgiveness of sins,
the resurrection of the body,
and the life everlasting.

In esoteric teachings, however, the initiate is taught to cultivate a “subtle body” or “body of light.” This process involves advanced techniques to facilitate the creation of an “immortal vehicle of consciousness” that survives death and perhaps even allows the individual to interact with the physical or mental world after corporeal death.1 Those who manage to transcend death using a subtle body become the ascended masters that continue to teach future students back in the material realm. This doctrine of ascended masters is not unique to esoteric schools such as Theosophy or the Golden Dawn, either. It can be found in the form of petitioning saints in Catholicism, or invoking the prophet Elijah for Kabbalistic insight.2

The Subtle Body in the Corpus Hermeticum

The Corpus Hermeticum addresses the issue of the immortality of the soul, but is there also an immortal body? In Poimandres, it is stated that mankind is immortal: “Unlike any other living thing on earth, mankind is twofold – in the body mortal but immortal in the essential man.”3 All over the Internet, I found references to an “immortal body” or ἀθάνατον σῶμα (athanaton soma) being a term used in the Corpus Hermeticum, but I had to dig around to find the exact reference.4 I found it in XIII.3, where Hermes Trismegistus states, “I went out of myself into an immortal body, and now I am not what I was before.”5 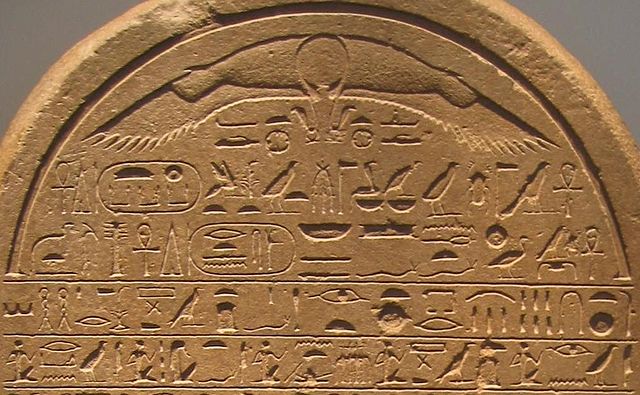 Book X likewise talks about the mind being able to leave the body. When the mind leaves the body, it puts on “a tunic of fire,” composed of divine or immortal fire. While imprisoned in the body, the mind is stripped of its fire and much of its power.6 In book XI, Nous explains to Hermes that the soul can travel instantly because “in incorporeal imagination things are located differently.” Imagination is part of the soul, and through it, something like astral projection or clairvoyance is possible.

“Consider this for yourself: command your soul to travel to India, and it will be there faster than your command. Command it to cross over to the ocean, and again it will quickly be there, not as having passed from place to place, but simply as being there. […] If you wish to break through the universe itself and look upon the things outside (if, indeed, there is anything outside the cosmos), it is within your power.”7

The concept of the mind and soul existing outside the body, or separate from the mortal realm, is expanded in book XII, which opens by saying that “gods are immortal humans, and humans are mortal gods.” This book dwells on the nature of mind and its divine nature, stating, “Through mind, every living thing is immortal, but most of all mankind, who is capable of receiving god and fit to keep company with him.” Hermes explains to his son Tat that death is not real, it is just dissolution and transformation. When the body perishes, it is transformed into another part of the cosmos, while the properly prepared mind continues to thrive. This sets up Tat’s initiation in book XIII.

Finally, in book XIII Hermes Trismegistus teaches Tat about spiritual rebirth, an initiation which Garth Fowden describes as, “a negation of physical birth, in that our first birth imprisons the soul in the body, while our rebirth liberates it.”8 Hermes explains that spiritual rebirth can only happen once soul is cleansed of the “irrational torments of matter.” This cleansing is a process of shedding vices by adopting virtues and passing through the “tent” of the zodiacal circle. Hermes explains that the fixed stars generate torment in the material world, and it is through this virtuous rebirth process that their torment is ended.

The initiatory spiritual rebirth is nothing less than the deification of the most essential part of the initiate. As Hermes says, “Do you not know that you have become divine and that you are a son of the One? So also am I.”9

The Path to Achieving Immortality

In XIII.7-10 of the Corpus Hermeticum, Hermes Trismegistus outlines the process of “rebirth” to Tat. He warns of twelve “irrational tormentors of matter” which must be removed in order for divinity to be kindled in the soul. The twelve are: 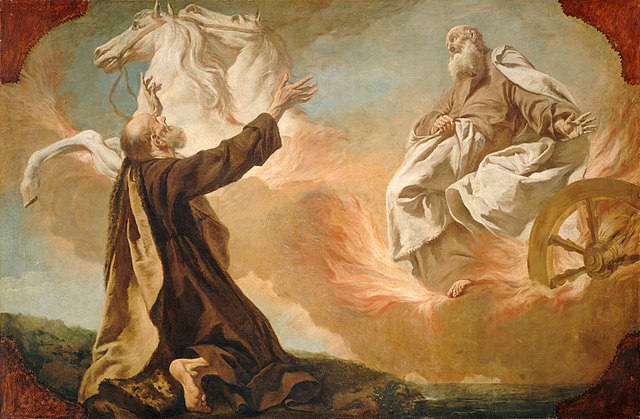 Hermes advises us that the tormentors can be banished from our “inner man” by receiving God’s mercy. He says, “This constitutes the manner and teaching of rebirth.” He then lists ten powers which God’s mercy brings with it:

Hermes teaches, “with the arrival of these ten, spiritual birth is complete and it drives out the twelve, and by this birth we have become divine.” In the ensuing dialog, Tat receives God’s mercy and the ten powers, followed by a gnostic vision wherein he sees himself in the Nous of God. Presumably this leads to the creation of Tat’s immortal body.

While Hermes tells us that exercising the virtues of the ten powers is important, he doesn’t give us a method for doing so. Tat seems to receive the effects of the ten powers immediately after being told of them, while we are left trying to figure out how we can best cultivate subjects like the “knowledge of God” and “experience of joy.”

Pursuing a virtuous path is painful. You are forced to face your many faults and overcome them. The Hermetic path is not meant to be an easy one and there are many times when it is unpleasant. By overcoming the tormentors, you will become a better human being and will start to achieve the righteousness demanded of us by the Corpus Hermeticum.

Though Hermes doesn’t give us a method for banishing tormentors and experiencing the ten powers, there are later methods that seem to have the same goal in mind. Though he was not a Hermetic philosopher, Benjamin Franklin outlines an Art of Virtue in his autobiography. He calls it “the bold and arduous project of arriving at moral perfection.” It can be found in part II of his autobiography and it is worth exploring.

Mussar, or Musar, is a Jewish spiritual practice that focuses on living a meaningful and ethical life. Many of the methods it uses to do this are intended to increase specific virtues in the soul, in order to diminish vice. The techniques of Mussar can be adapted to a Hermetic method to experience the divine powers and drive out the tormentors. In fact, one of the core Mussar techniques was adapted from the works of Franklin.10

Sam Block also explores the tormentors and powers and their link to the planetary spheres over at Digital Ambler.

A Magical Shortcut in the Mithras Liturgy

Though I am certain that increasing virtue through the ten powers is the right way to eventually reach the immortal body of Hermes, there are other methods tied to the Hermetica that promise some form of immortality. One of these is the so-called Mithras Liturgy in the Greek Magical Papyri, specifically in PGM IV. 475-829.

Fowden discusses the Greek Magical Papyri in relation to the Corpus Hermeticum, and in particular calls out the Mithras Liturgy, which is a ritual to create some kind of immortal version of the body.11 “If it be your will, give me over to immortal birth, so that I may gaze upon the immortal beginning with the immortal spirit, that I may be born again in thought, and the sacred spirit may breathe in me.”12

However, there is a not a consensus on the meaning of the liturgy nor its origins. Radcliffe Edmonds argues that the Mithras Lithurgy is used to grant a sort of temporary immortality, wherein the elements of the spirit or soul are replaced by corresponding “immortal” counterparts. This enables the magician to cross the Eighth Sphere to request an audience with God.13

If you wish to experiment with the Mithras Liturgy, Nick Farrell has published an adaptation of the ritual in a Golden Dawn-style framework on his website.

The immortal body in the Corpus Hermeticum was originally reached via an initiation of some sort. Unfortunately, this exact method has been lost to us, and we are stuck trying to recreate the process. While the exact process can’t be recreated, we can make an attempt by understanding what was required of the initiate. You must rid the material body of the vices of the twelve tormentors by experiencing and nourishing the ten divine powers.

Much of the initiatory framework of the Corpus Hermeticum seems to revolve around the special spiritual state that Hermes has reached after his repeated exposure to the divine Nous, which begins in book I and is repeated through multiple discourses. While the exact methods to duplicate this process haven’t survived, there is a large amount of material available to us through the developed Western Mystery Tradition that should be able to help.

The featured image for this post is Thetis Immerses Son Achilles in Water of River Styx by Antoine Borel (1743-1810).

[…] The Immortal Body in Hermeticism […]

[…] it could be that the title “Trismegistus” refers to many great Hermes characters, a line of sages and mystics bringing the Hermetic teachings to humanity over many […]