In 1908, the Yogi Publication Society published The Kybalion, a book claiming to be based on the works of Hermes Trismegistus and to contain a modern interpretation of Hermeticism. The book’s authorship is attributed to “The Three Initiates,” but their identities are not revealed. It is clear now that The Kybalion was written by the American mystic and New Thought advocate William Walker Atkinson.1 Since its publication, The Kybalion has introduced thousands of people to American mysticism and occultism. It has been a crucial cornerstone in the foundation of many modern esoteric traditions and societies. However, as we have discussed before, it does not accurately represent Hermeticism as it claims. 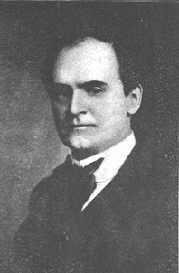 The view of creation and God espoused by The Kybalion is interesting, in that it doesn’t mention God explicitly. The Kybalion takes an approach that is almost pantheist, by explaining that a careful observer will see an unchanging “Substantial Reality” behind the impermanence of matter, energy, and mental states. This Substantial Reality is called by the comprehensive name “THE ALL.”3

Pantheism and THE ALL

THE ALL is never explicitly identified with God. The Kybalion cautions the reader that THE ALL “is and must ever be UNKNOWABLE.” It states that it is impossible for mortal minds to comprehend the true nature of THE ALL, and that caution must be taken when describing it or ascribing traits to it. The reader must be especially careful to avoid assigning human emotions, qualities, and personality traits to THE ALL. In other words, THE ALL does not feel joy or jealousy, and is indifferent to praise and flattery. THE ALL is indifferent to worship, which is described as a remnant “from the days of the childhood of the race.”4

However, The Kybalion does outline a few traits of THE ALL that can be inferred from what our limited mortal minds are able to comprehend. First, THE ALL consists of everything; nothing exists outside THE ALL. Second, THE ALL is infinite in space and eternal in time. Finally, THE ALL is immutable. As everything exists within THE ALL, nothing external exists to act upon it and cause it to change.5

This description of THE ALL removes all anthropomorphism, creating an impersonal universe that is indifferent to the individuals within it. Because THE ALL is not explicitly stated to be divine, it may not be accurate to describe The Kybalion‘s view of divinity as pantheistic, but it comes close.

Polytheism in the Kybalion

It is also stated that there are beings existing in the Planes of Correspondence “of whom we may speak as Angels; Archangels; Demi-Gods.” These beings are said to be so far beyond our comprehension that the only descriptor we can accurately use for them is “divine.”9

Understanding God in the Hermetica 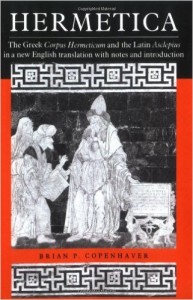 Scholars have been working to categorize the various views of God and divinity in the Hermetica for years. There are two general categories that most use: optimistic monist and pessimistic dualist. An optimistic view would focus on the good and worthy parts of the cosmos and creation, thus deducing that all of creation was part of a good and benevolent deity. This monism ends up being described in Book I of the Corpus Hermeticum in a way that is panentheistic, meaning that all of the cosmos is part of God, but that God also exists beyond the cosmos.

The pessimistic dualist view would treat the world as base, evil, and unworthy of the divine. In this view, God is seen as apart from the cosmos, and the path to gnosis, or knowledge of God, comes from forsaking the material world and focusing on the spiritual.10 The pessimistic dualist point of view is poignantly outlined in Book VII, which states, “The vice of ignorance floods the whole earth and utterly destroys the soul shut up in the body, preventing it from anchoring in the havens of deliverance.”11

One of the most striking differences between The Kybalion‘s approach to THE ALL and the Hermetica’s approach to God is the difference in comprehension of the divine. The Kybalion states clearly that THE ALL is unknowable. The lessons of the Hermetica, however, are intended to lead their adherents in the footsteps of their legendary author, Hermes Trismegistus, to a direct knowledge and experience of God through gnosis.12

The fundamental differences in these two approaches to divinity are starkly different. While both embrace a form of pantheism, THE ALL remains unknowably distant in The Kybalion, while in the Hermetica, full knowledge of God is the ultimate goal of the initiate. It is difficult to reconcile this important divide. However, the Hermetica leaves room for multiple interpretations of the divine. As the Hermetic initiate moves between the optimistic monist and pessimistic dualist, perhaps there is room to also contemplate an unknowable, unreachable force that not only encompasses the entirety of the Cosmos, but may not be considered divine at all.

As the student is immersed in these pivotal works in the Western Mystery Tradition, distinctions like this are invaluable for contemplation and reflection. Hopefully this brief analysis will help the seeker find answers to a difficult question: what is the nature of the Divine, and is it possible for us to achieve gnosis of that nature?

I dont think its difficult to reconcile the idea of ‘gnosis’ with an unknowable ‘all’. Gnosis could be considered to mean the subjective and intuitive ‘knowledge’ which occurs in the absence of thought, while the ‘all’ remains rationally and objectively unknowable.

[…] C.E., and probably has its roots in older Egyptian and Greek teachings. While there is some overlap between the teachings of the Kybalion and Hermeticism,2 there is a great deal more to this tradition. If the Kybalion sparked your interest, there is a […]