Tarot is one of the most profound initiatic tools. The 22 Major Arcana cards reflect the inner alchemy process of consciousness expansion, and the different stages we must undergo in our personal transformation. These cards, when properly understood and channeled, can offer steps that can guide you through Soul ascension and growth.

One of the cards that has always fascinated me and found its way into my awareness is the Magician. Not only is it the first building block in Tarot, but it is also a well of symbolic and initiatic teachings.

In this article, I will lead you on a deeper dive into one aspect of this card, especially in its relationship with the four elements of matter, the Platonic solids—more specifically, the Dodecahedron. First, let us begin by taking a look at the beauty and importance of sacred geometry.

Sacred geometry and divine patterns: understanding the language of the Universe 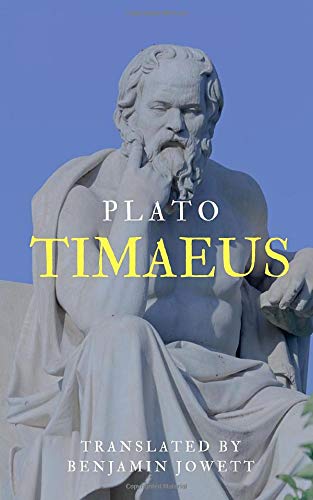 All life is based on a divine, timeless, and eternal intricate design. These patterns show us how growth, life, evolution, death, and transformation occur. Sacred geometry uses those mathematical patterns and translates them into geometrical shapes that our human minds can comprehend.

Ancient traditions from all around the world have been aware of these signatures for thousands of years. One of these forms is the Fruit of Life symbol, which is bound by the five Platonic solids, who, when combined, make up the core of creation itself.

The combination of the five Platonic solids with themselves and with each other give rise to endless complexities, which anyone who is to give a likely account of reality must survey.

According to Plato’s cosmology as outlined in his dialog Timaeus, the Universe is made of five polyhedrons, or regular solids. These polyhedrons are: a cube, a tetrahedron, an octahedron, a dodecahedron, and an icosahedron. I know, I know… what a bunch of unpronounceable words! Don’t worry: all you need to remember is that these three-dimensional shapes are known as Platonic solids.

Although the Platonic solids are named after Plato, they have been around for much longer. In a nutshell, they represent the five elements that constitute the fabric of creation.

A Deeper Look into the Five Elements of Matter

Aether, the fifth element, is also called Spirit or Space. It is the Cosmos: an all-inclusive, unifying and bending energy that encompasses all the other four, and represents life force at its purest, most ethereal form.

The Dodecahedron: Its Meaning, Symbolism and Esoteric Arkanum

There still remained a fifth construction, which the god used for embroidering the constellations on the whole heaven.

The dodecahedron, or twelve-sided solid, has been surrounded with mystery for ages. At its core, the dodecahedron represents a translunary substance, Spirit, union and the link between physical reality and pure divinity.

Think of it as a cosmic glue that allows us to bridge between a Soul and a body, between an object and its energetic frequency, a place and its collective memory. It might seem invisible, uncatchable, impossible to describe, but the fifth element is ever present. It is only seen by those willing to believe that there is much more to reality than what meets the eyes.

Now, let’s take a deeper look at the solid itself. Symbolically, the dodecahedron represents how unity can be divided into distinct vibrations: 20 intersections, 30 edges and 12 pentagonal faces.

These twelve pentagonal faces hold an incredibly strong symbolic meaning. They represent a visual representation of the twelve steps of the ladder of life that Spirit climbs, up and down, in a constant subtle symphony. They’re also related to one of my favorite systems: astrology.

The dodecahedron’s pentagonal faces are in the image of the twelve signs of the Zodiac: Aries, Taurus, Gemini, Cancer, Leo, Virgo, Libra, Scorpio, Sagittarius, Capricorn, Aquarius, and Pisces.

For ancient Greeks (and modern mystics too), the twelve Zodiac signs were sacred. Cyclic, different, yet feeding off of each other and always remaining the same, these “12 gods” are the archetypal forces and modes of manifestation that we undergo as the seasons and the procession of the equinoxes occur.

The reason why the sky is divided into 12, and why the dodecahedron has twelve pentagonal faces is no accident. The number 12 is regarded as sacred by many traditions and cultures across the globe.

Considered a divine number by Pythagoras, 12 represents the supreme metaphor of Oneness: completion and perfection. Because of this, all throughout history, this number has played a key role in numerous mathematical, allegorical and metaphorical stories and systems.

Here’s a non-exhaustive list of some of these occurrences: 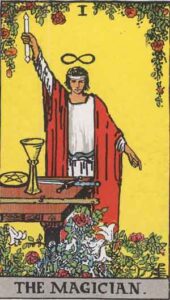 Still with me? Good! Because this is when it gets fun. The Magician card depicts a man with an ouroboros around his waist, an infinity symbol over his hand, one hand pointing upwards, and the other pointing down.

As above, so below, as within, so without; as without, so within.

This axiom is key: in this position, the Magician is a vessel through which divine energy moves. On the table in front of him, we can see a sword, a wand, a cup and a pentacle, which are the four suits of the Minor Arcana, representing the classical four elements of matter. These are the tools of the alchemist!

The Magician is unique because it expresses the all-encompassing power of the seeker who masters the four elements. Through his will and Spirit, he allows them to unite and blossom into miracles and blessings. How does he do it? Well, he embodies the dodecahedron energy.

Being the first of the Major Arcana, the Magician initiates the dance. He gets the juice of the Universe flowing by integrating the five cosmic forces of the Universe, and acting as their conduit.

To put it simply: the Magician is the fifth element! He is the magic, the life force, the glue that turns the four elements into pure potentiality. Because hey, the truth is, the props on the Magician’s table are nothing but junk if they are not merged and combined together!

I hope you enjoyed this article, and that you will be connecting with the four elements, the dodecahedron, the 12 signs of the Zodiac and the Magician card a little differently next time. Meditating on these concepts and symbols we mentioned today is a great way to tune in to your Higher Self and the liminal spaces of your psyche, including our collective consciousness.

May you find and embody the Light that has been within you all along!

Fatima-Zahra, founder of Living Simplyy, is a Holistic Astrologer, Modern Mystic and Spiritual Mentor with the desire to guide people to the sacred remembrance of their divine nature. You can follow her on her website livingsimplyy.com or her YouTube and Instagram accounts.

This guest article was made possible by the Arnemancy Patreon supporters. Want to help? Join us!