Today a Tarot deck is a fairly specific deck of cards. It has around 22 Greater Arcana, from The Fool through to the World, and then 56 Minor Arcana including the pips and 16 Court Cards. However, Tarot cards aren’t the only cards out there being used for divination, insight, or other non-game purposes. Let’s look at a few such decks that I use and enjoy.


When we look at other styles of deck, you’ll see a lot that call themselves oracle decks. This style can have a completely different structure, or perhaps no structure at all. Most of them have a strong theme that runs throughout. Usually any non-Tarot divinatory deck will be called an oracle deck. This does not cover all styles of non-Tarot decks, though.

If you’ve been keeping up with My Alchemical Bromance (and of course you have!), you will remember the Sovereign Oracle and its creator, Theresa Pridemore, from her interview in episode 42. After the interview, she gifted me with one of her Sovereign Oracle decks. This is a 93-card deck designed to guide and aid creative endeavors.

I had never used a tool like this to help my writing, so the deck sat on a shelf for about a month before I decided to give it a try. When I was writing The Hermetic Ritual Meal article, I ran into a block. After my first draft, I looked around on the web and found a few other blogs had posted articles that were nearly the same! What was I to do? I had put all of this work into an article and I needed a way to salvage it. The Sovereign Oracle came to my aid. This cute little deck – the cards are just 2.5″×1.75″ – was just what I needed. I drew a selection of cards using the “Creative Project Spread” included with the deck, and they gave me the inspiration I needed to finish the article. It worked! 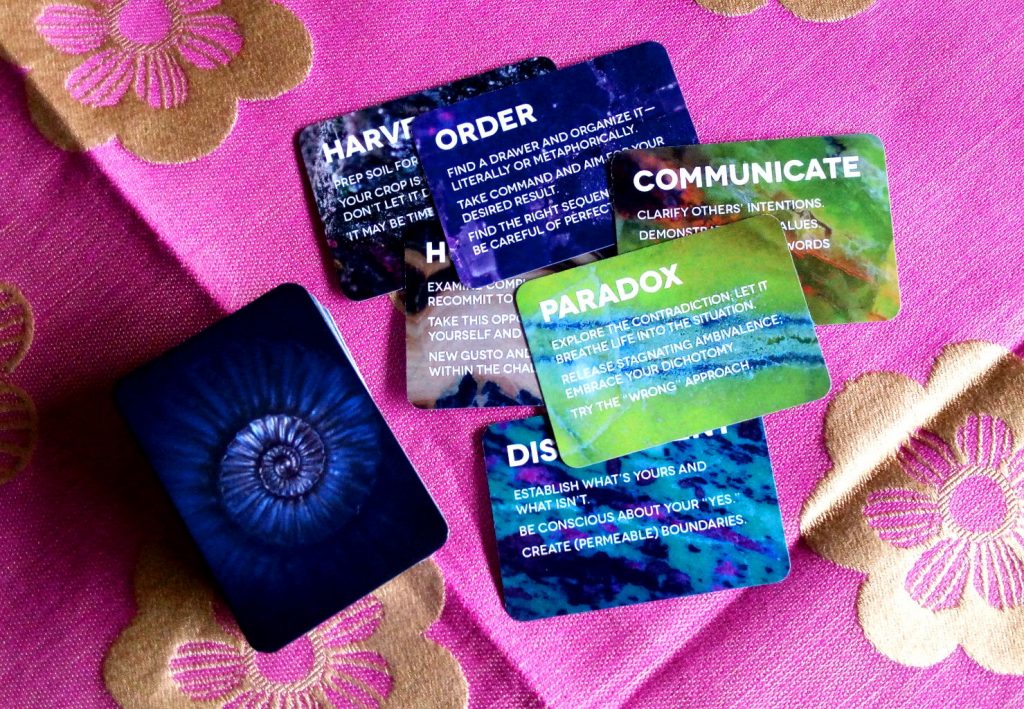 And, full disclosure, I picked a few cards and propped them up in front of me to help with some tough spots on this article, too. This oracle deck has really grown on me. You might like it, too.

To learn more about the Sovereign Oracle and get a deck for yourself, click here.

Each of the 12 zodiac signs covers 30° of the celestial equator. Traditionally, each sign is broken into three decans, each covering 10°, making 36 decans in all. Book 2 chapter 11 of the notorious Picatrix contains images for each of the these decans. This deck, created by the talented wizard-artist J Swofford, captures these images in talismanic collages that are guaranteed to grip the mind and imagination.

Comparing Swofford’s talismans to the images in the Picatrix, you can usually quickly see the original inspiration for the artwork. But the symbolism goes further, and in most cases you will need additional study on the planetary and astrological symbolism to really see what’s going on. It’s worth it. The artwork unfolds into many layers of symbolism and meaning. 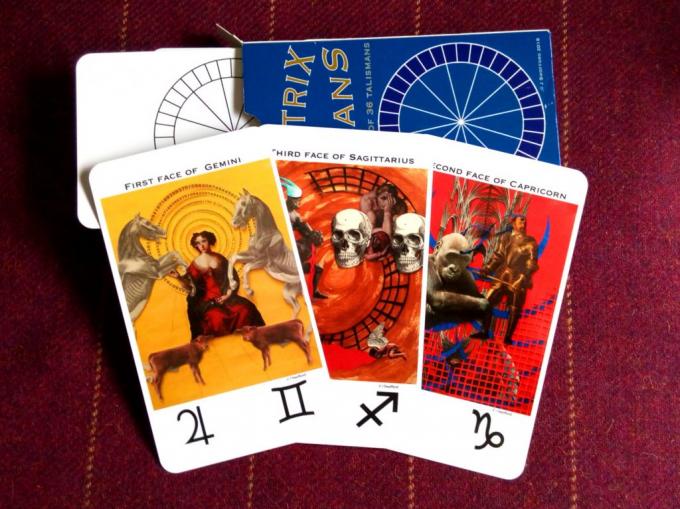 This deck is not a typical divination tool. It is a ritual implement for astrological magicians, especially those working out of the Picatrix or other traditional grimoires. They are great for learning the symbolism of the decans and powerful focii for meditation and contemplation. If you are working at all with astrological magic, such as going through my planetary magic classes, I recommend this deck.

This deck calls itself a Tarot deck, or at least it’s based on the 15th c. Mantegna Tarocchi. The images and themes in this deck paint a picture of the Renaissance model of the cosmos. It consists of 50 cards broken into groups of ten, which are:

What are Iliaco, Chronico, and Cosmico? According to the Wikipedia article, they are the three Genia of Light, representing the Sun, Time, and the World. However, in the Lo Scarabeo edition of the deck, they are translated as Intellect, Senses, and Vital Functions.

Lo Scarabeo also includes a solitaire game that can be played with all 50 cards in the deck, which acts as a long form meditation as the cards are moved around and organized. I have tried this, and it is an intense exercise. These cards form a map of the cosmos, and as such can be powerful divinatory tools or methods for exploring your inner world. I have featured them on the Arnemancy Instagram, so you might have seen them before.

Saturday, ruled by #Kronos and #Saturn! While Saturn is associated with agriculture, He's also tied to death, time, and endings. Oh yeah, He's also so far up the celestial food chain that He may be the originator of forms. ⠀ . ⠀ Check out this crusty altar cloth, desperately in need of cleaning. It is pocked with many incense-related battle scars! I should replace it. ⠀ #YayDeath #MantegnaTarot #tarot

To get a copy of the Lo Scarabeo Mantegna Tarot, click here.

Do you have a non-standard deck that you enjoy? Do you prefer oracle decks to Tarot decks? I would love to hear your thoughts on the topic. Please share them in the comments below.

[…] dive into everything, from Agrippa to the Picatrix decans to planetary Tarot associations to Kabbalah to working magic with Tarot. We talk about psychology, […]