Lately I’ve been trying out some dream magic from the Greek Magical Papyri (PGM). The PGM is a collection of Greco-Egyptian texts from northern Egypt in late antiquity, dating from 2nd century BCE to the 5th century CE. They describe a staggering array of ancient religious and magical practices, and were originally written in Greek, Demotic, and Coptic. There are quite a few dream oracle spells in the PGM, so I took some time to sort through them to figure out what they have in common and which would be the easiest to perform.


A few of the dream oracle spells involve working with Isis and Bes. These were more complicated and looked like they would need more tools and ingredients. I finally settled on adapting one of the tinfoil based spells, which I reproduced below.

This spell ended up being very effective. I performed the ritual and immediately went to bed around 11:00pm without talking to anybody, not even my cat. At around 1:30am, my cat woke me up. I had been having some really intense dreams and was able to recall and record four of them, which I have been trying to interpret as an answer to my question. This isn’t very straightforward, of course, because they are dreams, and dreams can be weird.

I would like to hear if this ritual is effective for anybody else, so I’m sharing a picture of the single-use dream talisman I created and the ritual I ended up using. Try it out and see!

Ritual to Request a Dream Oracle

This ritual is based on the request for a dream oracle outlined in the Greek Magical Papyri, PGM VII.740-55. The goal is to specifically invoke a dream to help address a specific issue. Results and queries should be recorded in the magician’s dream journal. The importance of a dream journal cannot be overemphasized.

To prepare for this ritual, you should keep yourself ritually pure for three days. What this means probably differs from person to person. This may mean that you fast, or that you avoid specific activities, or that you engage in daily prayer and meditation. You can figure out a state of ritual purity on your own.

In addition, you will need the following materials:

Writing on the Foil

On the foil, write the following with the marker or stylus.

Around the writing, draw a crown of myrtle similar to this: 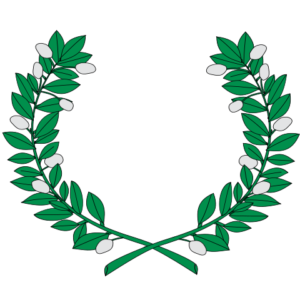 The ritual prayer should happen just before you go to bed. Make sure that you also change your sheets and have a fresh pillowcase. 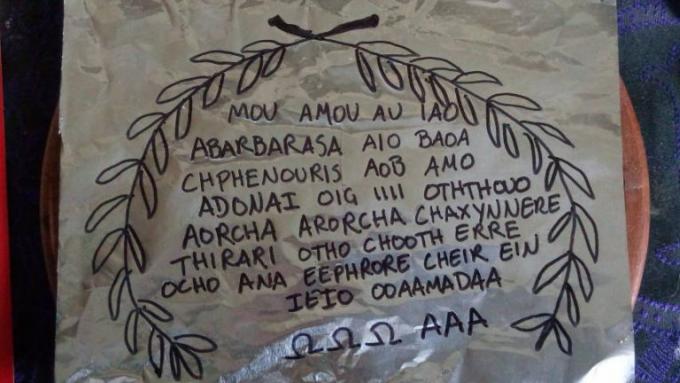 The myrtle crown image is from Wikimedia. An earlier version of this article originally appeared on my Steemit blog.

Did you like this article? Patrons receive my articles five days early. Support my work on Patreon!

[…] before about how I use modern materials in my craft. I’ve used polymer clay for talismans and replaced tin foil with aluminum. We can see that adaptation in the past has happened along both economic and cultural lines. […]

[…] episode, and is intended to be used as an episode to help you get to sleep while also performing dream magic and […]