Read my book reviews of the new translations of Heinrich Cornelius Agrippa’s De occulta philosophia. The translations are by Eric Purdue and Paul Summers Young. 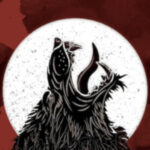 If you are saying right now, “Reverend Erik, this should have been your Hallowe’en episode,” know that I agree. And here is why: joining me for this episode is Denny Sargent, author of the recently released book Werewolf Magic: Authentic Practical Lycanthropy. He is, of course, here to talk about werewolves. Our conversation covers Denny’s… Read more »

In this episode, I am joined by Heather D. Freeman to discuss digital occultism in all of its glorious forms. We cover virtual ritual, WitchTok, bots, social media, familiars, spirit helpers, next generation Gardnerian Wicca, and many more fascinating topics. Heather is Professor of Art in Digital Media at the University of North Carolina Charlotte… Read more »

In this episode, I am joined by astrologer, author, and artist Cat Rose Neligan. Cat incorporates astrology into her work coaching small business owners, helping artists, writers, musicians and all kinds of creatives to better understand themselves, identify their calling, and share their work with the world. Cat and I discuss the personal daimon, a… Read more »

The Arnemancy Podcast is back for a third season full of interesting guests, fascinating interviews, and strange history! Join your host, Reverend Erik—that’s me!—on an exploration of your favorite topics, including Tarot, magic, the occult, and the history of Western Esotericism. This season, we welcome a bunch of new guests alongside some of your favorite returning visitors. We will be exploring modern applications of technology in magic. We will also take a close look at the works of Heinrich Cornelius Agrippa.

On Thursday, September 9th at 6:00 PM Pacific time, I will be running a workshop for my Tarot and the Art of Memory series! Enroll now and strengthen your Art of Memory techniques! If you are interested in taking this class, you will want to take one of my previous classes in the series. They… Read more »

A sigil is but a word in a language so complex that it defies the boundaries of dictionary or thesaurus, a language so universal it relies on emotion and intuition, instead of equation. A sigil is an idea, more than it is a sentence. It is a wish and it is a command, but it… Read more »

Arnemancy
On a Boat with Captain Tres Henry

You’ve got permission to come aboard this podcast episode! My guest in this episode is Captain Tres Henry, who also joined me back in April. We discuss divination, destiny, magic, and reality. Divination is not just a read-only operation, and we discuss what this means for the diviner who is also a magician. This is… Read more »

Okay, stay with me here. You are going to have to hear this one to believe it, because my guest on this episode is Alexander Eth. That name is probably familiar, because Alexander is the host of the esoteric Glitch Bottle podcast, which covers topics we are all curious about: magic, mysticism, grimoires, necromancy, and other mysteries of our weird universe. Alexander is a classical ceremonial magician and researcher into grimoires.

Arnemancy
Anything but the Kybalion with Nicholas Chapel

Nicholas Chapel is a Minneapolis-based ceremonial magician and professional hacker. He has been practicing magic for more than 20 years. While he graduated with a major in religious studies and a minor in philosophy, academia did not keep him; he landed instead in the world of IT, ultimately becoming a professional hacker on a cybersecurity red team.