Astrologer Ryhan Butler joins me on the podcast for a discussion of aspects in astrology. Aspects are the angles that planets make across the sky, and they define the relationships between planets at any given moment. They have a long and fascinating history, so in our conversation Ryhan leads us through the story of aspects and how they came to be.

Our discussion covers ancient Greek optical theories and looks at competing concepts around the doctrine of aspects before we come back around into the philosophy of magic. One topic we discuss is the Thema Mundi, and here’s a picture of it, which you might need to look at during this episode! 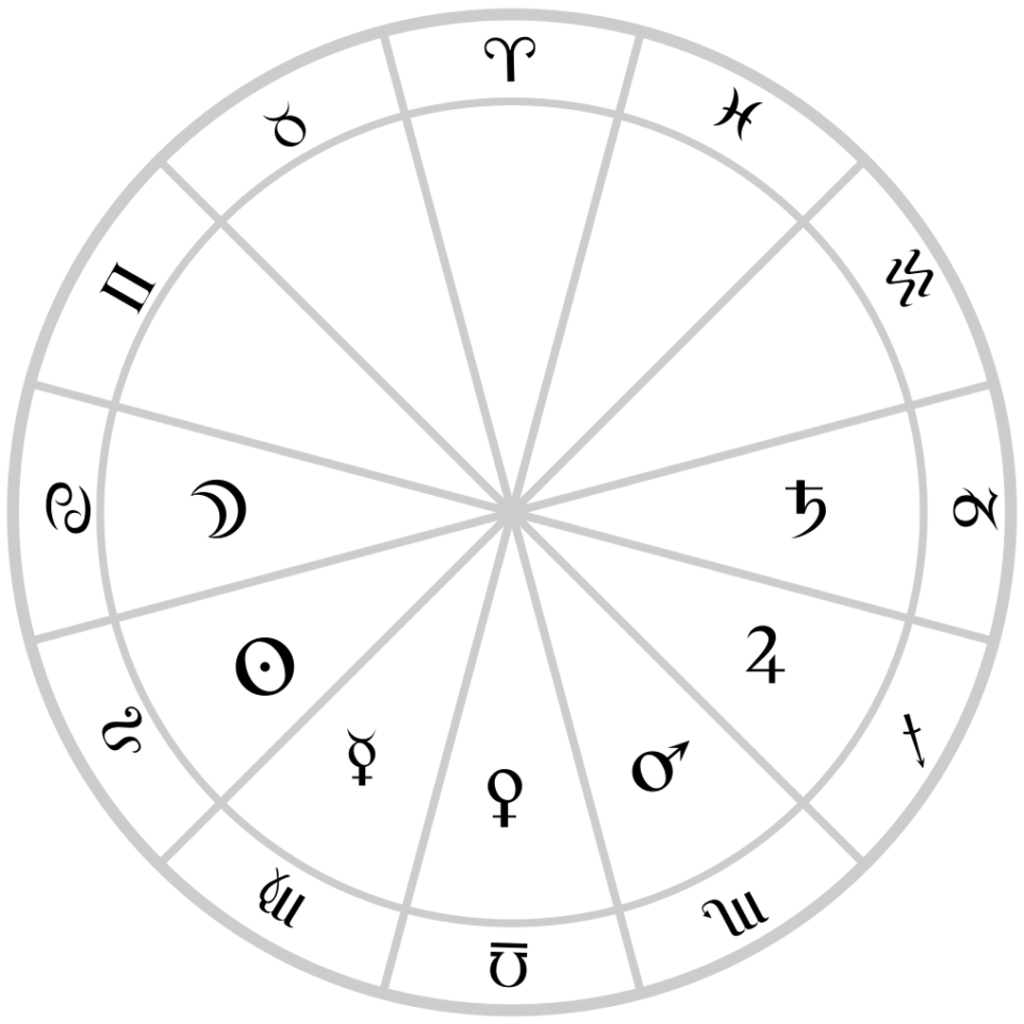 And if you’re in Portland on Friday, September 13th, come to my very first live podcast recording!

END_OF_DOCUMENT_TOKEN_TO_BE_REPLACED

I was a guest host on episode 324 of the Alexxcast, which was exciting because it was an announcement of the release of Alexx Bollen’s new book, The Theravada Machine and Other Stories.

Tonight Alexx has Erik Arneson in studio to keep him on topic. That topic? Alexx’s new book, “The Theravada Machine and Other Stories“. Available on Amazon!

There really is no Eric Conspiracy. It’s always been a myth. But in this episode, Eric Millar and I (Erik Arneson) meet up at COFFEE BEER in Southeast Portland to discuss The Disruption Generator and Eric’s other work. Eric is an author, writer, and publisher — the brains and brawn behind Outlet Press.

We use the Disruption Generator to read for the Arnemancy Podcast, and the results are … well, troubling. Let’s hope we don’t actually end up where it predicts! Eric tries to spin it better!

Also, an announcement: the first Arnemancy Podcast live recording is happening at Rose City Book Pub on Friday, September 13th! Click this link to sign up for updates and more details on the event! 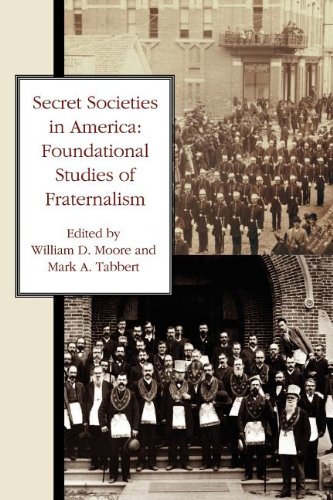 I’ve made updates to my Patreon page! Here is a summary of what’s new.

You can help reach this goal by signing up at any support level! Become a Patreon supporter today!

I’ve made some updates to the Neophyte support level ($5 per month) to more accurately reflect what I’m able to offer. The most important change is that starting in August, those at Neophyte and above will get to help me select topics for articles and other content. Join me by signing up as a Neophyte-level supporter!

Support my work on Patreon!

Teacher and independent scholar Ted Hand joins me in this episode for a deep dive into the angelology of Pico della Mirandola, followed by a crazy romp through the gnostic world of Philip K. Dick. It’s a dense episode, and (hold on to your hat!) it’s all connected! We follow Pico’s adventures through the Florentine Renaissance as he encounters translating superhero Marsilio Ficino, the mad monk Savonarola, and tragically doomed king Charles VIII, but our journey doesn’t stop there. In the late 20th century, our trip through gnosis and mysticism continues with PKD information that left me speechless! You’ll need your podcast safety glasses for this one, dear listeners.

Also, here’s where I was wrong: The Popes that Pico had to deal with are not Pius II and Alexander VII like I said, but instead Innocent VIII and Alexander VI. Who remembers their Popes? I’ll bet you don’t! Give me a break.

As the entire Internet already knows, T. Susan Chang has incredible oracular powers, so when I tell you that she’s here on the second episode of the fledgling Arnemancy Podcast, it’s probably a sign that we’re building great things. Susan is co-host of the incredible Fortune’s Wheelhouse podcast and the author of Tarot Correspondences: Ancient Secrets for Everyday Readers, released by Llewellyn at the end of 2018. She is a Tarot expert, and the kind of Tarot expert that an uncanny grasp on how the cards connect to each other and the complex web of correlations and associations that tie the cards into nearly every other aspect of Western occultism. 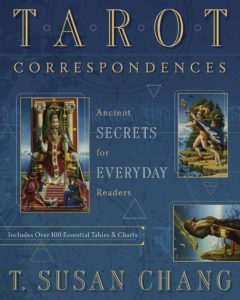 We dive into everything, from Agrippa to the Picatrix decans to planetary Tarot associations to Kabbalah to working magic with Tarot. We talk about psychology, divination, sortilege, and symbolism. When I invited Susan on the show, I promised that we could go full Tarot nerd, and we did. Full Tarot nerd.

Susan also answered listener questions, including a great explanation of The Devil card. We also get into sewing, and discuss my creation of a magical robe.

Buy Susan’s book and listen to her podcast. If you like Tarot, you will love her work.

The Rosicrucian movement began with three mysterious documents published in the early 17th century in Kessel, a city in the center of modern-day Germany. It was a movement that sprang from the Reformation, and it was steeped in esoteric lore, alchemical legends, and hope for a brighter and more rational future. The would-be Rosicrucians did not get their desired glorious future, however. The 17th century saw the eruption of the Thirty Years’ War and the death of millions through religious persecution, famine, and disease. However, the Rosicrucian legend survived and continues to have political and religious repercussions today.
END_OF_DOCUMENT_TOKEN_TO_BE_REPLACED

Introducing the Arnemancy Podcast! Following on the heels of My Alchemical Bromance, this podcast explores esotericism, Tarot, magic, and the occult. In the inaugural episode, I visit Alexx Bollen of the Alexxcast in his foam-walled podcasting dungeon to talk Tarot. I do my first ever reading using Aleister Crowley’s Thoth Tarot and the results are surprising!

(You’ll have to excuse us as we figure out some microphone stuff right at the beginning that I forgot to edit out.) 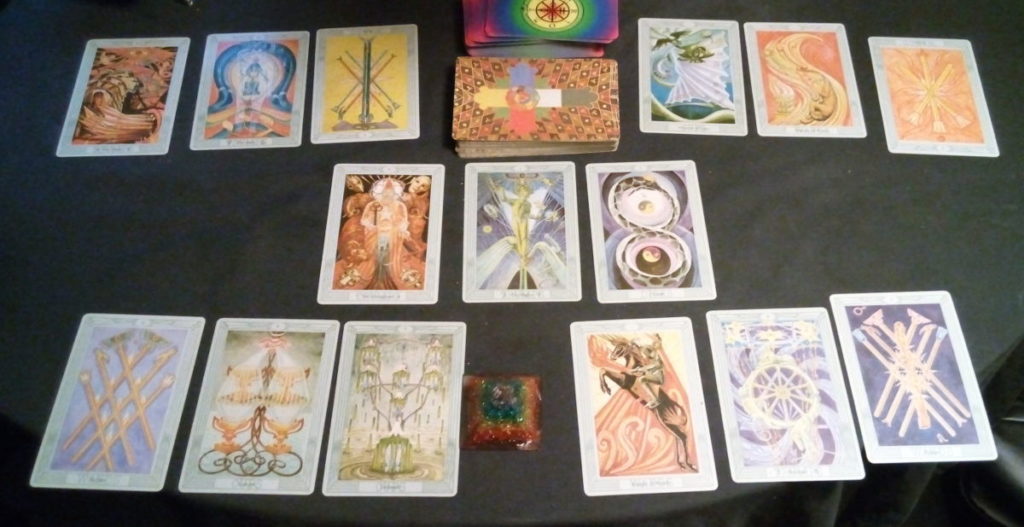